The United States must remain proactive as the global demand for mineral resources increases. A recent report from the U.S. Geological Survey revealed that the United States’ mineral production increased by 3% in 2019. Throughout the year, $86.3 billion tons of minerals were mined in the U.S. – more than a $2 billion increase from 2018. Despite this positive trend, the U.S. remains unable to meet all its mineral resource needs for launching infrastructure projects, maintaining national security and developing new technologies.

According to the report, the United States is 100% reliant on imports for 17 minerals and more than 50% import-reliant for another 29. With growing demands for minerals, lawmakers are once again looking for ways to reduce this reliance on foreign nations for minerals critical to national defense, transportation, health care, energy and technology. 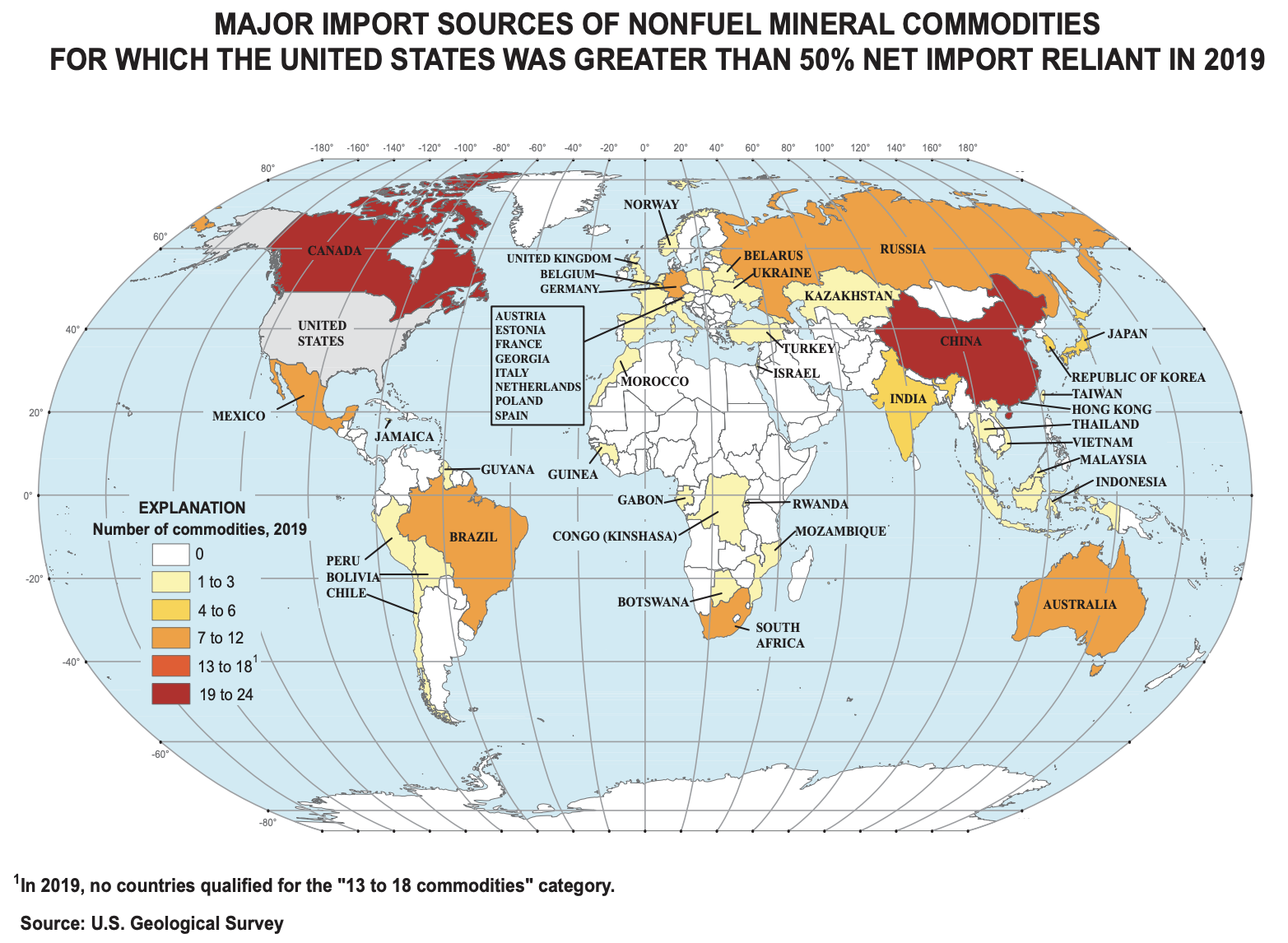 Another major legislative goal currently gaining traction includes the Council on Environmental Quality’s proposed changes to the National Environmental Policy Act (NEPA). Currently, it can take up to a decade to obtain the proper permit for a new mine due to lengthy paper documentation and a lack of coordination between federal agencies. With common-sense updates, an environmental review can become more cost and time effective.

As the need for minerals continues to increase, the laws surrounding mining need to be reevaluated and reformed to ensure a stable supply chain. Findings from the latest USGS report reinforce the economic value of domestically produced minerals and the current lack of investment in this critical American industry. An abundant supply of minerals exists within American soil but remains trapped behind convoluted regulations. American policymakers must give these issues proper attention to fix unstable supply chains that leave the U.S. dependent on foreign-supplied minerals.

Learn more about the policies that are preventing America’s mining from reaching its full potential.

Copper is a versatile and recyclable material that is arguably ma...

The Importance of Nickel in Everyday Life

Known for its use in the five-cent coin, nickel is one of the mos...

@MiningFan
Read why the U.S. #minerals supply chain is poorly positioned to deploy green energy at scale: https://t.co/yv51e7IKwe
@MiningFan
Curious what it’s like to be a geologist? Hear from Brianna Crenshaw about her mining career at @ARRLimited… https://t.co/32vVxA5OHw
@MiningFan
Learn more details about three strategic steps the U.S. can take to develop a more comprehensive minerals strategy… https://t.co/Kqr6FiDBn5