America Doesn’t Have A Minerals Strategy: Here’s Why It Needs One

Minerals like copper, lithium, silver and nickel are the building blocks of a strong and modern U.S. economy. From the largest infrastructure plan since the Eisenhower interstate highway system, to an aggressive plan for a national energy transition, the Biden administration’s agenda will require an immense amount of minerals.

According to the International Energy Agency (IEA), the world is at a crossroads. Demand for minerals will soon exceed the global supply, creating a serious challenge for achieving a thoughtful future energy transition. The White House recognizes this and released a report on shoring up U.S. supply chains, identifying the next steps to ensuring domestic access to critical minerals and laying out a blueprint for manufacturing electric vehicle batteries.

The report recognizes the vulnerabilities inherent in our over-reliance on mineral imports, the need for domestic mining support and the lack of domestic processing capabilities. The conclusion is clear: addressing these exposures and building the responsible, resilient industrial base the nation needs, calls for a holistic materials strategy that includes reshoring processing capacity, ramping up our recycling efforts, deepening our partnerships with allies, and greatly expanding domestic mineral production under world-leading environmental and labor standards.

While some reliance on our allies for imported minerals is unavoidable, it cannot be a substitute for our nation’s long-term needs. We need a comprehensive minerals strategy that expands mining here at home. To do so, we must address our inherent challenges, including America’s mine permitting process.

It takes an average of seven to 10 years to secure a U.S. mine permit. This, compared to the two years it takes in countries with similar regulations like Canada or Australia, makes investing in American mining projects a challenge. By simply increasing coordination and reducing duplication between federal and state agencies, setting and adhering to schedules for permit reviews, and transparently tracking progress to provide accountability, the U.S. can become competitive again. 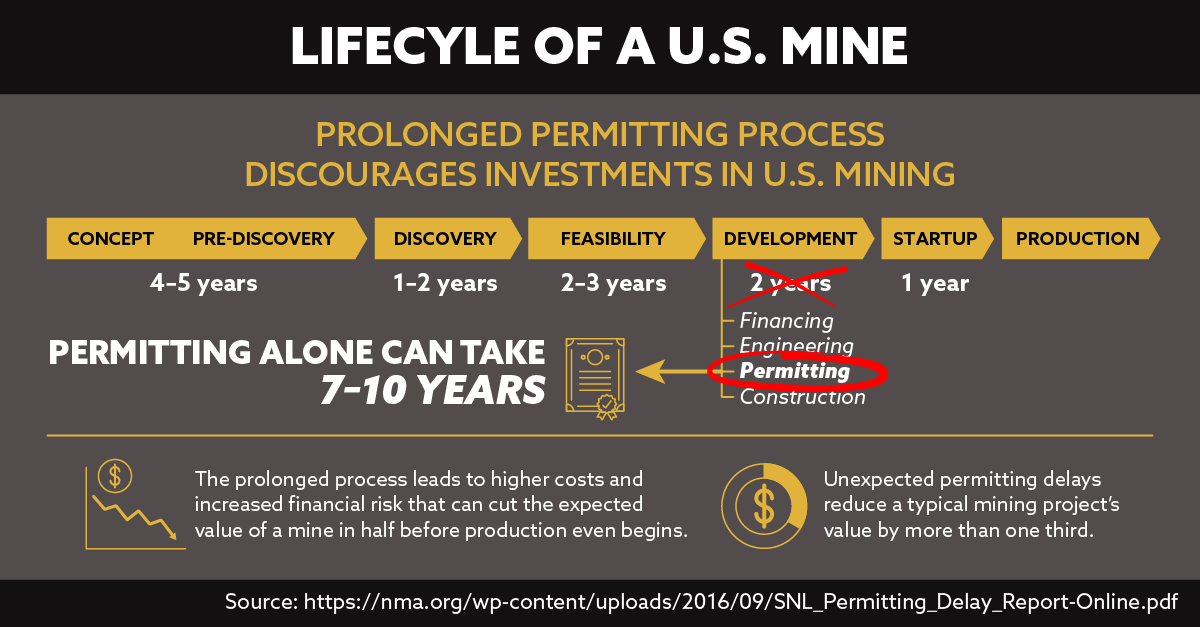 The IEA made clear that the energy transition rests on a foundation provided by access to essential minerals, and you can’t get there without U.S. mining. By expediting the timeline it takes to get new mining projects approved, policymakers can ensure sustainable access to roughly $6.2 trillion worth of American minerals that are currently off-limits.

We must move immediately to support domestic mining, finalizing and approving projects already in the pipeline and reducing barriers to begin producing minerals in the U.S., ensuring that ‘Made in America’ is also ‘Mined in America.’”

@MiningFan
A rare earth supply chain between the U.S. & E.U. is now a reality thanks to a partnership involving Utah’s… https://t.co/yW3duy8FE8
@MiningFan
With everything going digital, mining is more important than ever before. See why advanced energy technology requir… https://t.co/UxCQ3sJItc
@MiningFan
Recent projections from @FitchSolutions show how the energy transition will impact copper demands over the next dec… https://t.co/YSampRYafL