According to the Investment Attractiveness Index, which measures the attractiveness of certain regions based on policies and regulations, Canada beat out the U.S. as the top country in mineral investment with three of its regions topping the list: Saskatchewan, Manitoba and Quebec. One exploration company president noted that, “In Saskatchewan the policy of staged and set up time periods for getting permits is the one that the entire country should adopt.”

The efficiency of the permitting process was a leading factor in determining the investment attractiveness rating. Canada’s mine permitting policies are streamlined and take only up to two to three years to secure permits for minerals mining. The U.S., however, is burdened with a duplicative process that can take up to 10 years. Canada manages to implement its efficient mine permitting policies while adhering to rigorous environmental standards and regulations that are comparable to those in the U.S. This begs the question—why can’t the U.S. do the same?

The discrepancy between the nation’s mineral abundance and investment attractiveness is directly due to the burdensome U.S. mine permitting process. With an estimated $6.2 trillion worth of mineral resources, it is disheartening to see the U.S. falling behind. One exploration company president surveyed even noted that, “The governor of Minnesota cancelled mineral permits before a permit was applied for.”

While the U.S. ranked third for most attractive region in the world for mining investment, our mineral wealth should place the nation at the top of the list. If the U.S. minerals mining industry continues to be inhibited by unnecessary delays and redundancies, the nation’s ability to be competitive in the international marketplace will be weakened.

Fortunately, despite the cumbersome mine permitting process, the nation’s median investment attractiveness improved from 2015 and is, overall, ranked third among the most attractive regions for investment in the world. Two U.S. states, Nevada and Arizona, secured spots on the survey’s top 10 list this year. Nevada, known as the U.S. “silver state” ranked fourth on the list (dropping from third place last year). The state is the second-largest producer of silver in the U.S. and contributes more than $100 million to the state and local economies each year.

Arizona ranked seventh on the investment attractiveness list. The state is a major copper contributor and produces more than 68 percent of domestically mined copper. Copper is vital to our nation’s industries like national defense and infrastructure. It is the second most used resource by the U.S. Department of Defense (DOD) and is the third-most consumed mineral.

There is no doubt the U.S. is a mineral-rich nation and a key player in providing the world with critical resources. The results of the Fraser Institute’s survey demonstrates that our leaders need to pass permitting reform in order to remain a competitive nation. 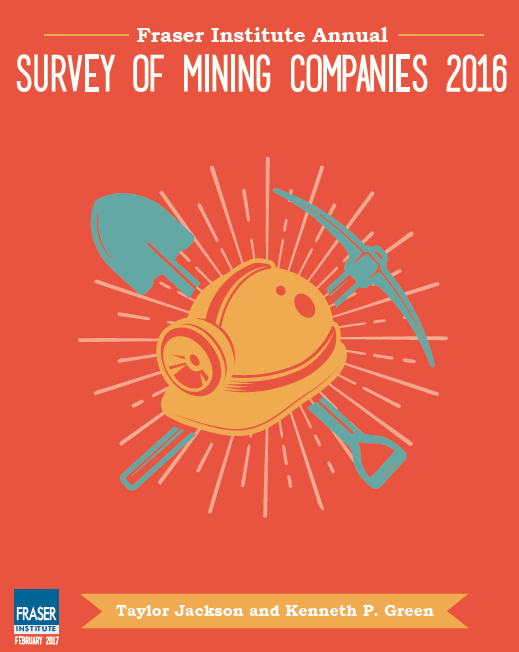 Mineral Import Reliance on the Rise

The United States Geological Survey (USGS) released its 2017 Mine...

New Minerals Bill Introduced in the Senate and House

The new Congress is quickly getting to work on important minerals...